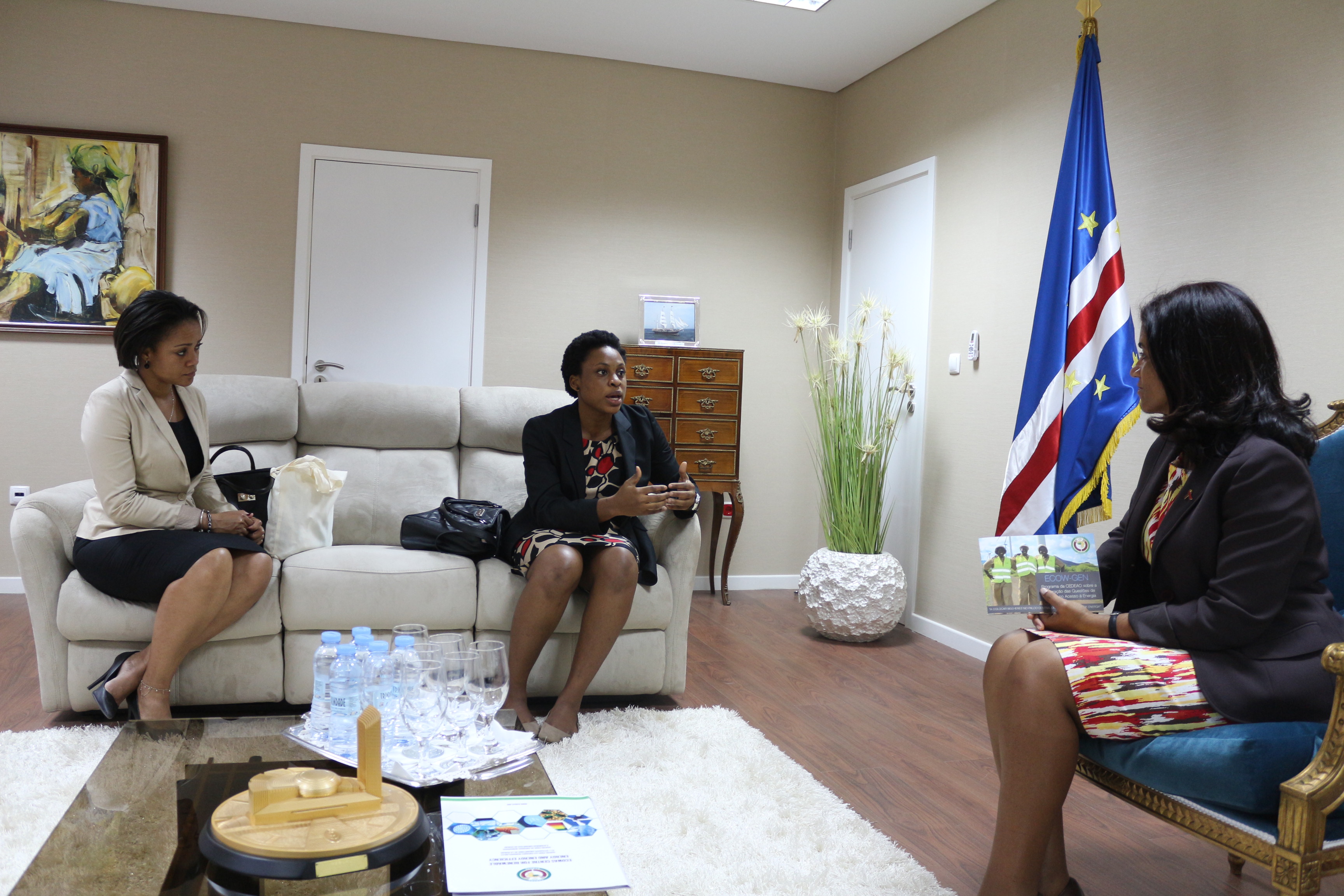 The First Lady of Cabo, Her Excellency Mrs Ligia Lubrino Fonseca, on Friday, 13 February 2015, accepted to be the patroness of the global campaign on Youth Empowerment in Energy. This was during a meeting held at the Presidential Palace with ECREEE’s staff: Ms. Monica Maduekwe, Ms. Vera Monteiro and Ms. Salett Nogueira.

At the meeting, Ms. Maduekwe, the Programme Coordinator of the ECOWAS Programme on Gender Mainstreaming in Energy Access (ECOW-GEN), gave a presentation on the programme and its five initiatives, highlighting the importance of a global campaign to raise awareness of the gender and energy related barriers hindering women and girls from exploiting their full potential in the energy sector.

Speaking further on the campaign, Ms. Monteiro, the programme’s communications specialist, noted that the initiative aimed at strengthening and empowering young women, in particular, to actively contribute to and participate in energy development, particularly for West Africa where more than half of the population do not have access to energy.

The campaign, which would also feature an online competition targeting the youth, would be launched in the first week of March. The campaign is being implemented under the Youth Leadership Development in Energy initiative which works to build up the capacity of young men and women to lead energy transformations in the ECOWAS region.

More information on this initiative is available at http://ecowgen.ecreee.org/index.php/youth-leadership-development-in-energy/

Mrs. Fonseca, a strong advocate for social equity in Cabo Verde, commended ECREEE for establishing such an ambitious programme and campaign, adding that these were sure to yield positive results in the region and beyond. The First Lady also expressed her interest to learn more about ECREEE’s other projects and activities in the region and to meet with the rest of the staff at the ECREEE Secretariat.