The Ministry of Energy intends to ensure equal access to energy resources. To this end, a workshop to validate the action plan for gender mainstreaming in access to energy in Burkina Faso was organized. It was this Wednesday, February 5, 2020 in Ouagadougou.

Burkina Faso faces a high demand for energy due in particular to the development of economic activities and demographic growth. Thus, access to electricity remains low with a national electrification rate of 19.2% in 2017. Also, large disparities between women, men and particularly the vulnerable are noted.

To encourage the promotion of access to energy services for all, ECOWAS has adopted an energy gender policy. Following the adoption of this policy in 2017, recommendations were made. Among other things, this involves each member state developing a national action plan for gender mainstreaming in energy access.

The Secretary General of the Ministry of Energy, Jean Paul Yanogo, recalled that it was in October 2019 that Burkina Faso launched the process of developing the action plan. This plan aims to ensure equal access to energy resources and to enable women to contribute to the decision-making process in the energy sector. 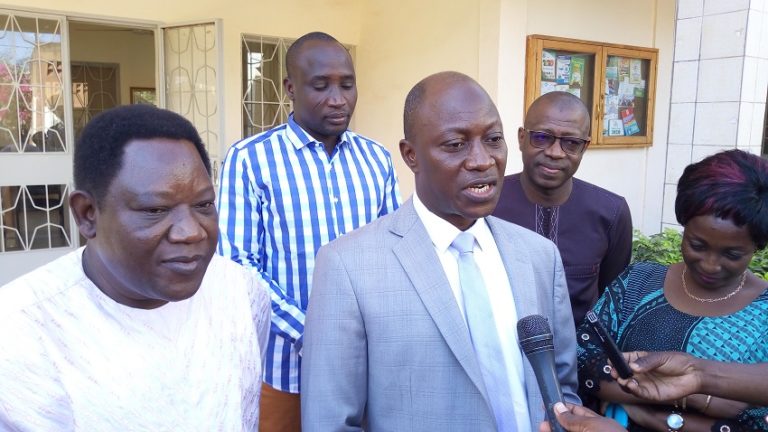 Bourahima Nabi (at the microphone), the director general of studies and sectoral statistics at the Ministry of Energy

In the employment aspect, women are not really representative. These are questions that must be looked at in the action plan so that we can further motivate young girls who are in high schools and colleges to be interested in the energy trades. The action plan will revolve around training and motivation of young girls in the energy trades. Also actions to help women access energy, he said.

He also added that the national budget is gender sensitive. ”  From now on, any action that we carry out, we must take into account parity, ” concluded Bourahima Nabi.