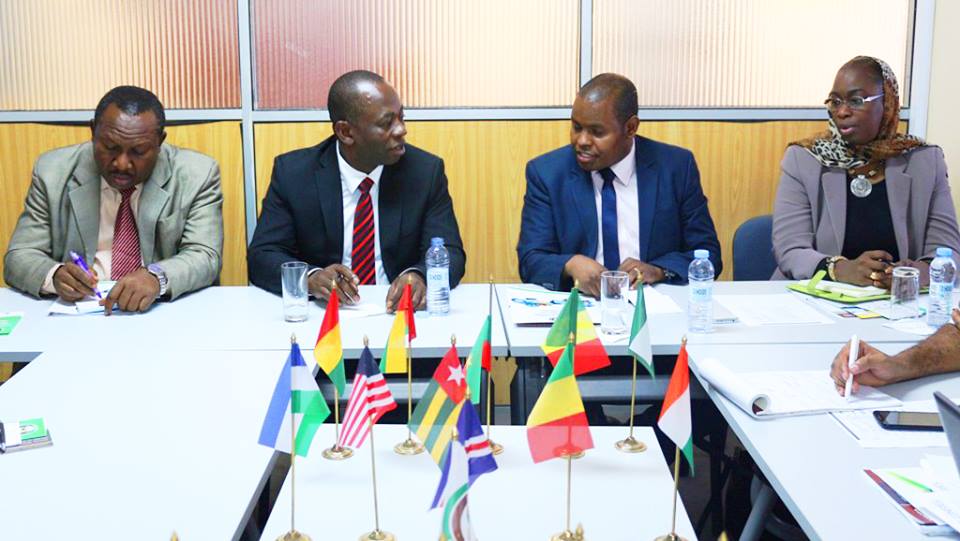 The ECOWAS Commissioner for Social Affairs and Gender, Dr. Fatimata Dia Sow, was at the ECREEE Secretariat on the 3rd of February, 2015, with two other Commissioners. After a presentation on the Centre’s activities, particularly on the ECOWAS Programme on Gender Mainstreaming in Energy Access (ECOW-GEN), Dr. Sow expressed her excitement over the programme’s strategy on addressing inequalities in energy production and consumption in the ECOWAS region.

She noted that equal access, of men and women, to resources and equal contribution to the decision making processes that drive energy expansion was necessary for universal energy access in the region, which is a condition for reducing poverty in West Africa.

The Commissioner emphasized that it was important to consider women’s economic empowerment as a poverty reduction strategy; by putting in place the necessary incentives and equipping them with the right skills, women could contribute to the establishment and expansion of energy businesses which would have a positive impact on the economic development of the region as a whole.

She congratulated ECREEE for its work on mainstreaming gender in energy development in the region and pledged her support for the programme.

The visit to ECREEE was preceded by an official presentation of the Commission’s donation of USD$ 300.000 to the government of Cabo Verde on behalf of those affected by the volcanic eruption in the Island of Fogo last year.