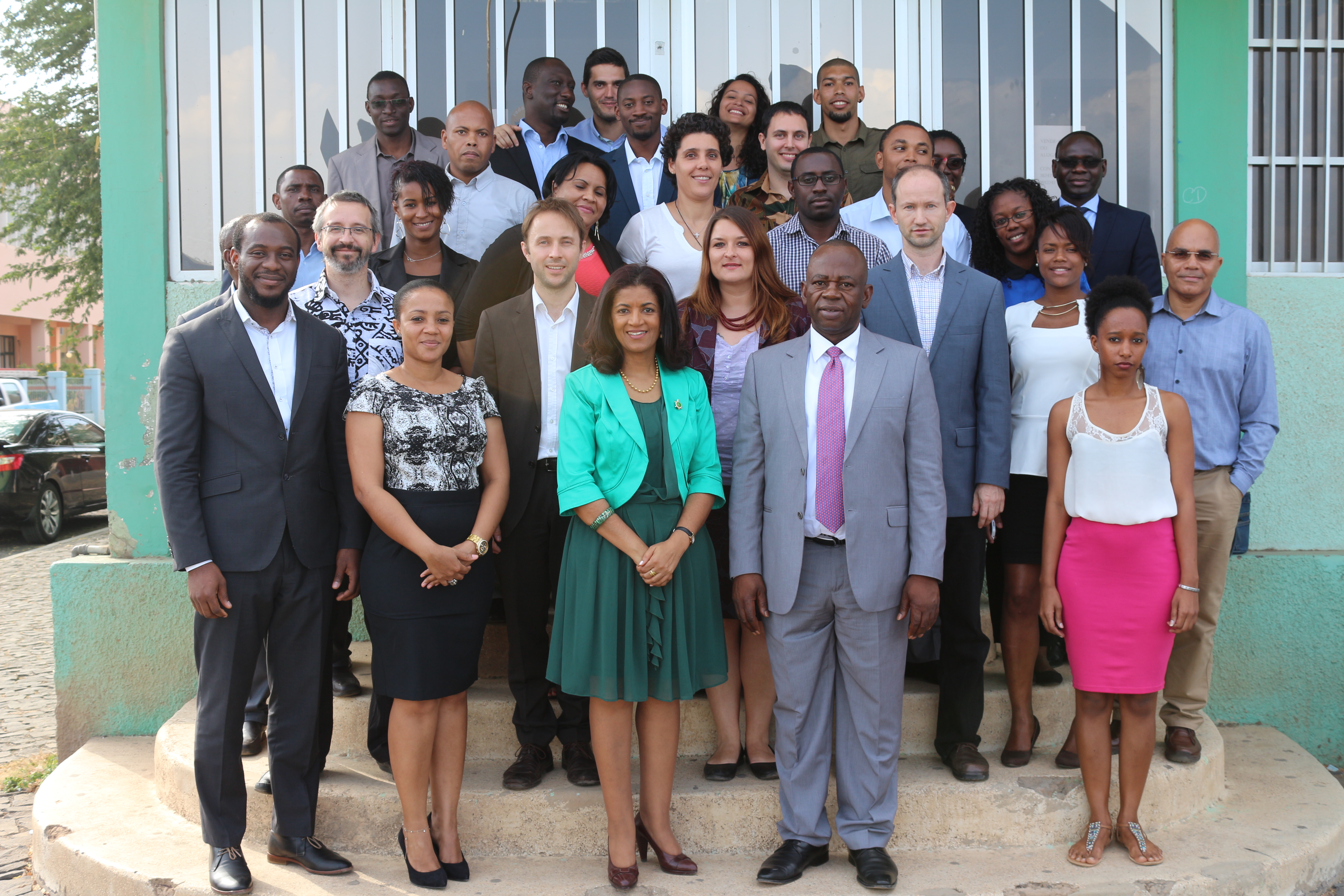 ECREEE, with the support and patronage of the First Lady of Cape Verde, Dr. Ligia Lubrino Fonseca, launched #Standtall Campaign on the 18th of March 2015, at the ECREEE Secretariat. The campaign is aimed at strengthening and empowering young women, in particular, to actively contribute to and participate in the development of the energy sector in the ECOWAS region

Speaking at the launch, Mr. Mahama Kappiah, the Executive Director of ECREEE, highlighted the advantages of investing in renewable energy with women at the center of decision making. He noted that the inequalities between men and women with regards to energy provision in West Africa are not only seen at the end-users level but also, during production and supply. Although women have demonstrated the ability to strive with remarkable success in other sectors, barriers exist that hinder them from exploiting their full potential as producers and suppliers of energy services.

Mr. Kappiah concluded by saying that he strongly believes that the energy sector where women’s human capital is not appropriately harnessed and utilized cannot contribute meaningfully to the attainment of the region’s sustainable development goals.

Mrs. Lígia Fonseca, in her capacity as the patron of the #Standtall Campaign, reiterated her support towards the promotion the initiative and called for improved financing for women entrepreneurs to invest in these technologies.

The First Lady expressed special interest in issues of equality and gender equity, while acknowledging the fact that there can only be a “better world” if equal participation of men and women in all sectors of human life, in day-to-day activities and particularly in decision making is achieved.

The First Lady emphasized the importance of women, especially the young ones, to participate in the development process of the energy sector in order to promote “an efficient initiative,” devoid of misconceptions, with improved skills, technological know-how and renewed confidence to propose new solutions.

The campaign is being implemented under the Youth Leadership Development in Energy initiative which helps to build capacity of young men and women to lead energy transformations in the ECOWAS region.

“#Standtall” is being organized in recognition of female under-representation in the energy sector, particularly in the technical areas.  An energy sector, where women’s human capital is not appropriately harnessed and utilized cannot achieve the goal of sustainable energy for all (SE4ALL), globally and in the ECOWAS region.

Other mentions in the press: