We know the statistics: 5 out of every 10 ECOWAS residents do not have access to electricity. If you live in the United States, the average electricity you consume is about 150 times more than what an average person residing in the ECOWAS region uses. On average, electricity consumption per capita is not enough to power a 100 watt bulb per person for 3 hours (and this is a situation that is worsening, particularly due to high population growth rates in countries of this region. See this report for more information).

The effect on economic development, as you can imagine, is enormous. 11 out of the 15 countries in ECOWAS are classified as least developed countries (LDCs) and heavily indebted and poor countries (HIPCs). ECOWAS countries are missing an important input of production: energy. And in many localities, particularly in the rural areas, you can see poverty materializing beyond abstract textbook definitions, to an object that can be touched, smelt and felt. 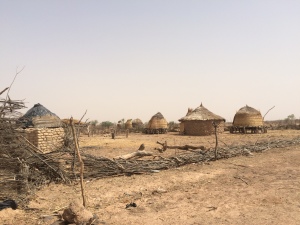 …particularly in the rural areas, you can see poverty materializing beyond abstract textbook definitions, to an object that can be touched, smelt and felt.

In the midst of all this is this neo-feminist movement of having gender mainstreamed in energy access.  Like, what does it even mean? Isn’t this a ploy to distract people from what is most important- which is providing universal energy access? And if we were to achieve universal energy access in the region, won’t men and women benefit? Shouldn’t we be focusing on achieving just that?

The ECOWAS region definitely needs to focus on increasing investment in the energy sector, ensuring that the rate at which modern energy services is accessible to an individual is faster than the population growth rate (it is presently still playing catch-up). And encouraging private sector investment in the sector is essential.

How are we faring with this in ECOWAS?

According to the ECREEE publication on Situation Analysis of Energy and Gender Issues in ECOWAS: 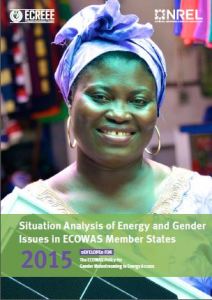 In the longitudinal study of the Global Entrepreneurship Monitor (GEM), two ECOWAS countries profiled in the study, Ghana and Nigeria, exhibited higher levels of female than male entrepreneurship, which is unusual (Kelley, 2012).

Yet, challenges, mainly due to the unfavourable policy environment with embedded discriminatory and gender biases, continue to limit women’s entrepreneurial potential.  “…the ECOWAS region has remained traditionally gender-stratified whereby males on average have greater access than females to the resources and opportunities in society (land ownership, inheritance system, etc.), creating imbalance in social relations and making it difficult for women to be equal competitors.”

It is needless to say that the report is filled with documented proofs that the pre-conditions specified above is lacking in the region. That, even though, the women in the region, apparently, have very high entrepreneurial acumen, barriers exist that hinder the region from harnessing and utilizing this potential towards addressing its energy challenges.

Perhaps, we need to mainstream gender in energy access, after all.

I believe this is why ECOWAS, as a community, has gone beyond questioning the importance or lack of importance of mainstreaming gender in the energy access equation to actually doing something.

For example, The ECOWAS Programme on Gender Mainstreaming in Energy Access (ECOW-GEN), since its establishment in 2013, has worked to steer ECOWAS Member States towards the direction of mainstreaming gender in policy formulation, legislative drafting, energy project and programme design and implementation, with the intention to create a level playing field for both male and female private-sector players through equal access to resources and equal contribution to the decision-making processes that shape and influence energy expansion in West Africa.

Moreover, the ECOWAS has developed and validated a regional Policy on Gender Mainstreaming in Energy Access, which commits Member States to concrete actions for addressing gender inequalities in the region as they concern energy development; recognizing that empowering women and men to make businesswise contribution to the energy sector is necessary for achieving universal energy access.